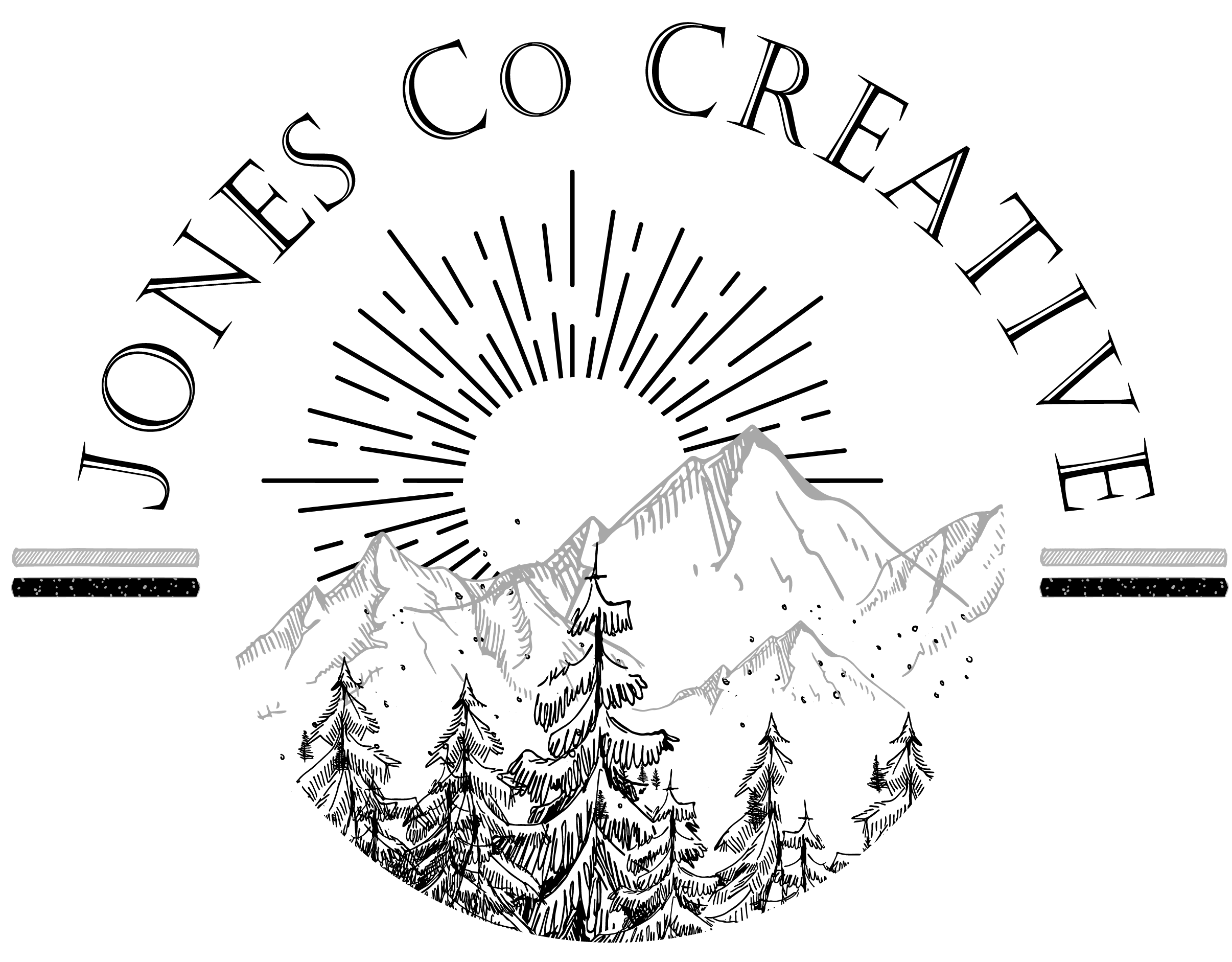 BACK TO PORTFOLIO
PREV. NEXT 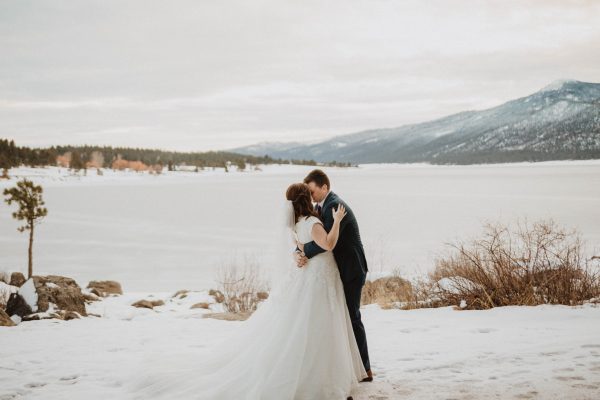 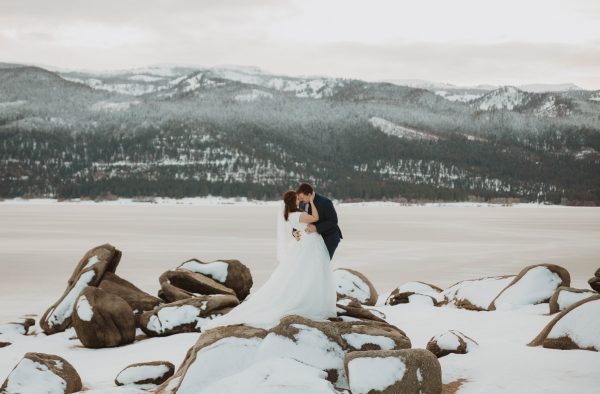 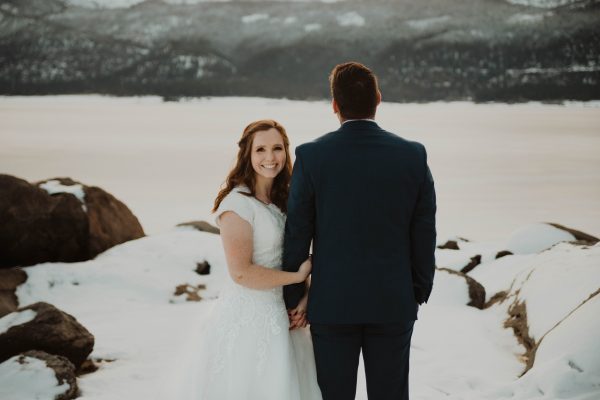 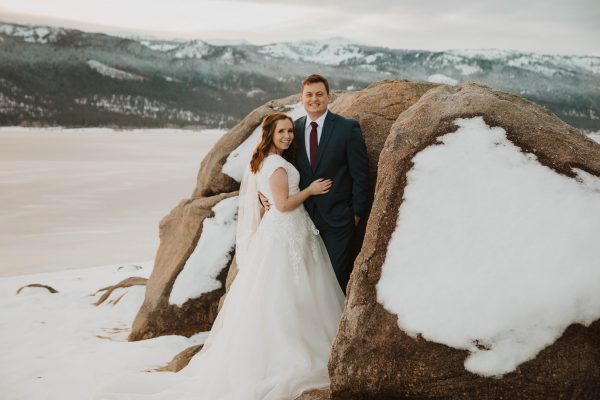 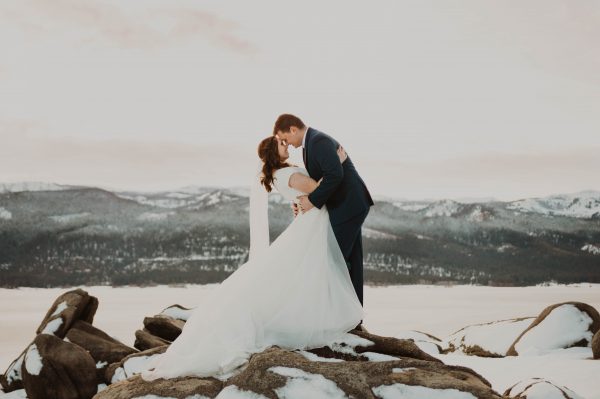 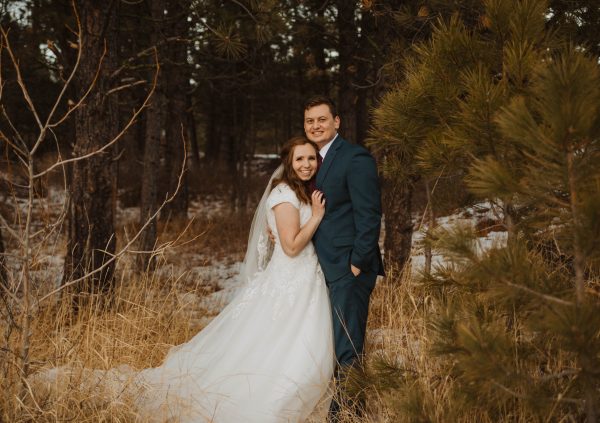 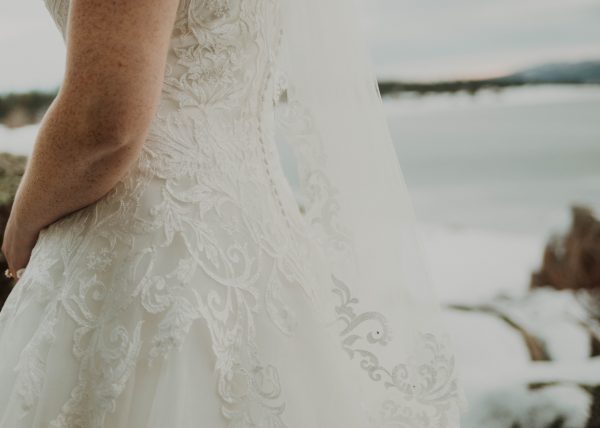 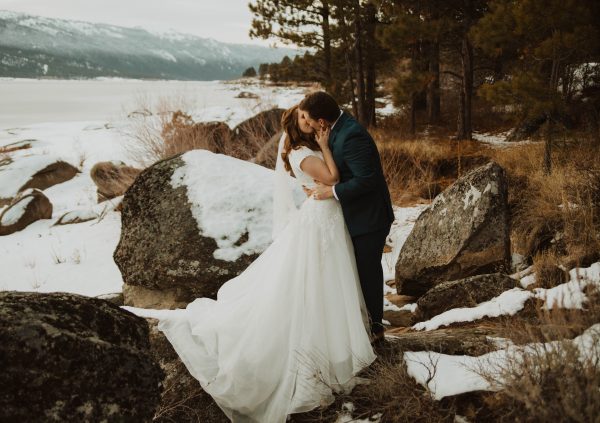 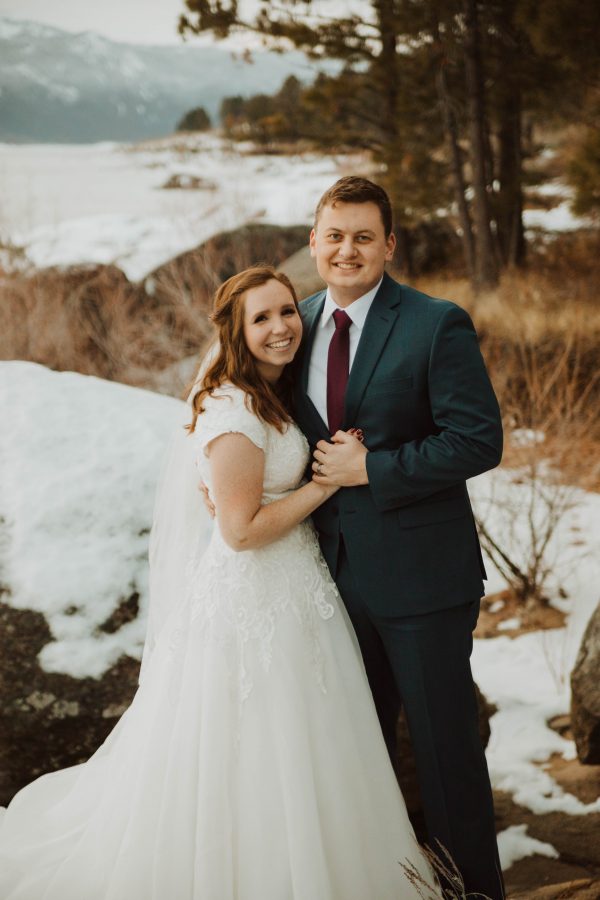 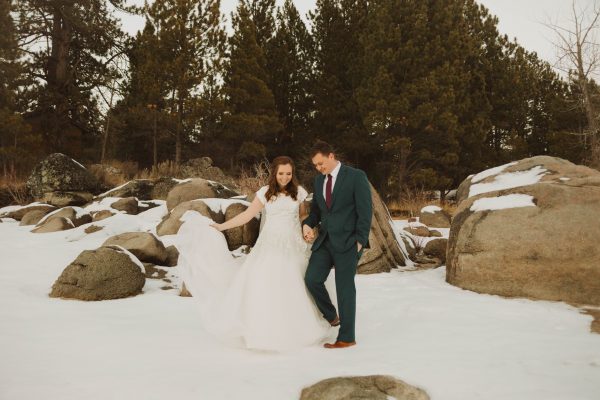 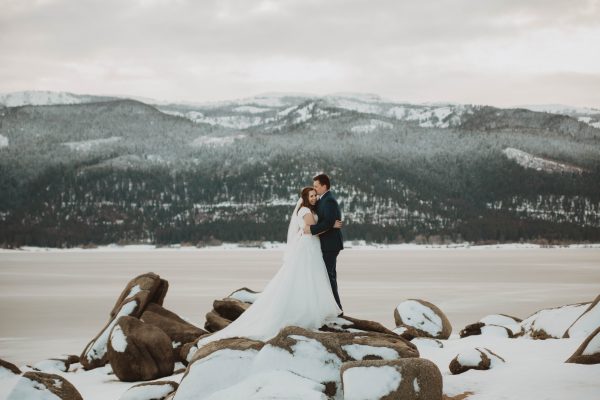 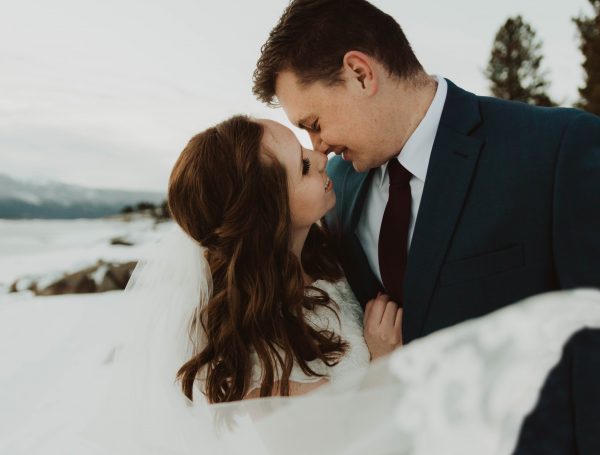 We have known Kaylinn and Ben for years! A few months ago we went to Utah for their engagement session and now it was finally time to do their bridal session! Their wedding was Dec. 22nd and we were all hoping for snow! With it being an abnormally warm winter in Boise this year, our only option for snow was to go to the mountains! Since we were also doing a first look session, Ben sat in the front seat with Austin and Kaylinn and I sat in the back of the car and figured out a way so that there was no way ben could see her in her dress. The entire drive up we played “who would win in a fight – animal edition” and laughed until we could hardly breathe. When we got to the location it was FREEZING! These two are total troopers though and handled it like champs! We got Ben ready for the “first look” and while we were walking to the spot where he would stand we realized that his shoes had no traction on the snow and he was slipping everywhere! Through slow shuffles, we got him situated and went back to Kaylinn! We helped her and her beautiful giant dress out of the car and walked her over to the spot where Ben was waiting. Once we were all ready, the first look happened and boyyyy was it magical. The love in the air made us all completely forget how cold we were. The rest of the session went better than any of us could have ever imagined! The light was perfect, the rocks were stunning and the frozen lake added the perfect touch to this winter wonderland bridal shoot. 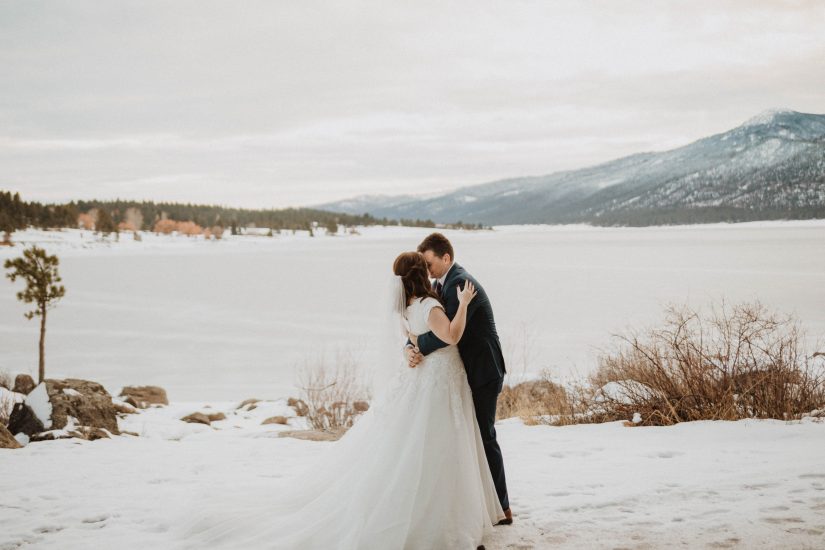 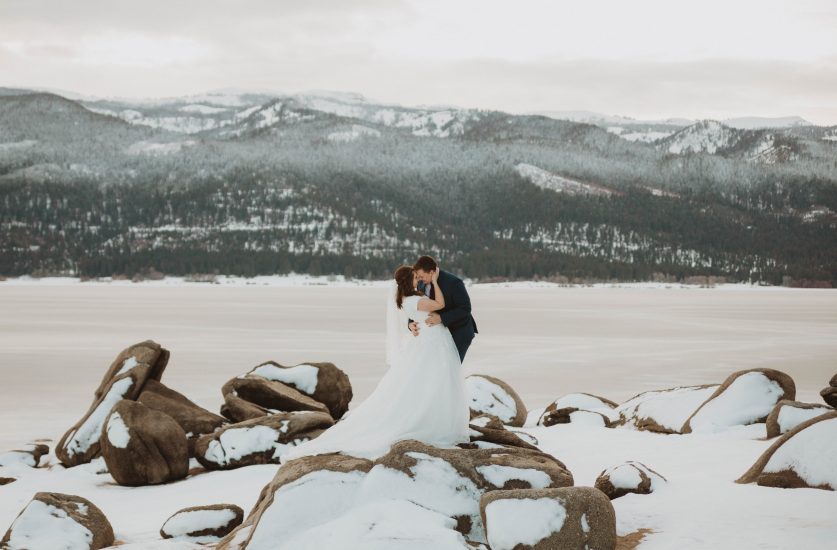 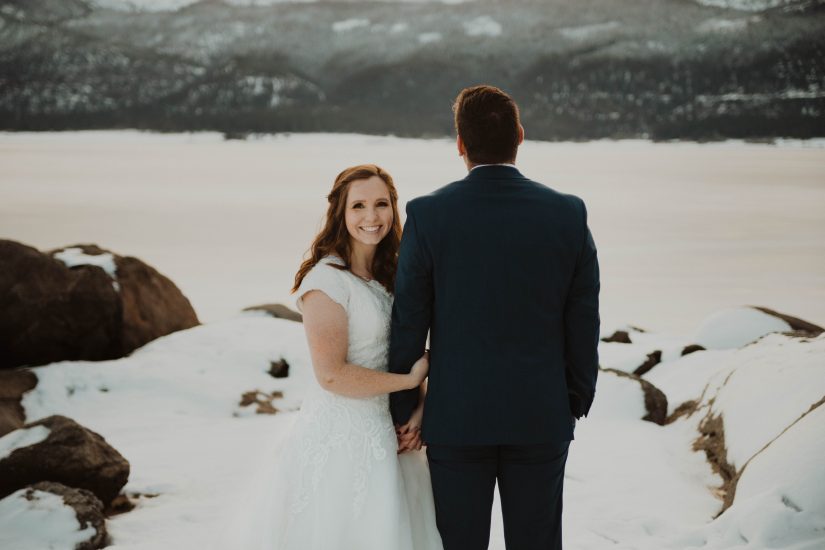 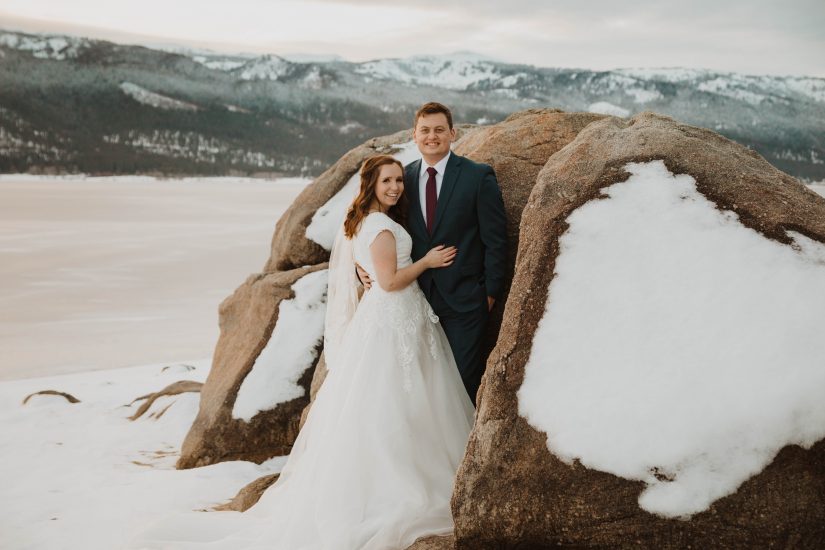 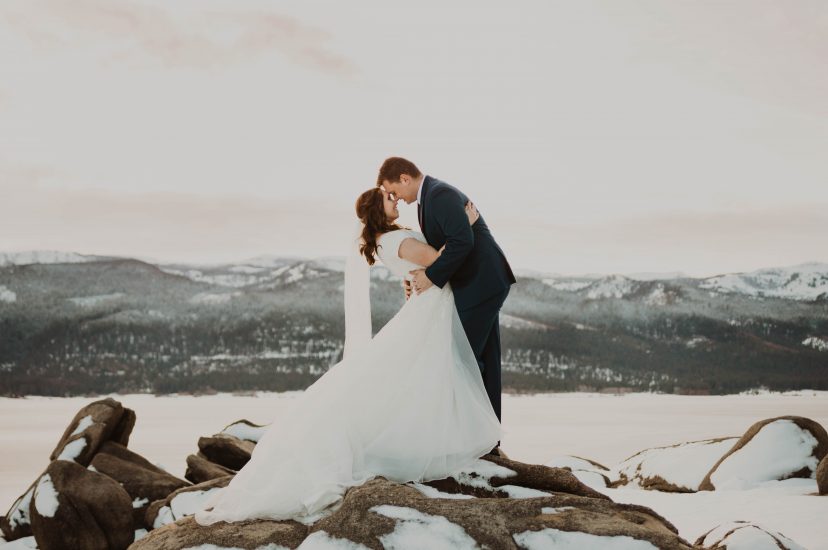 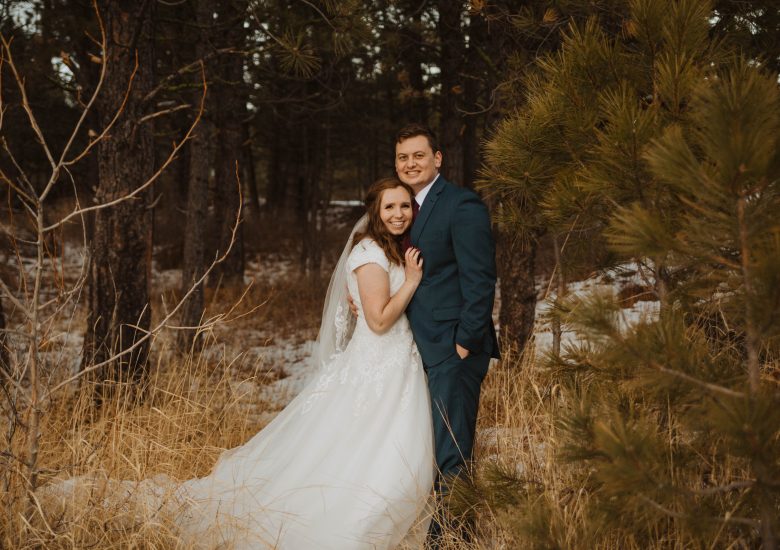 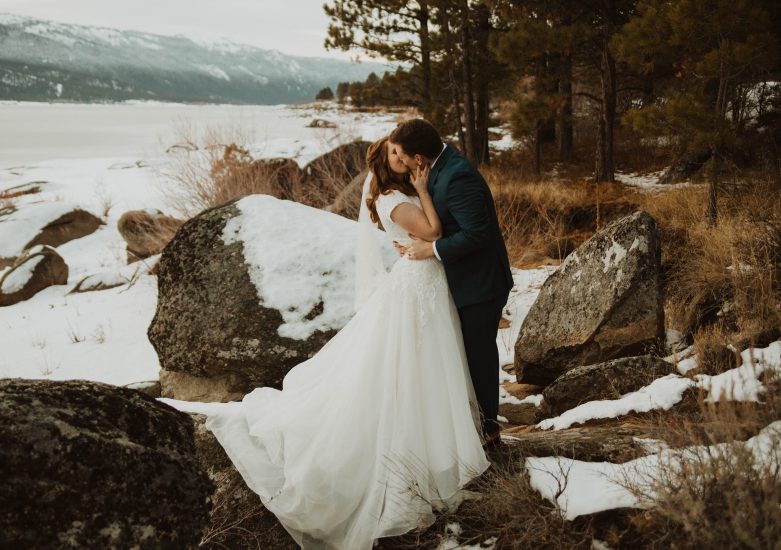 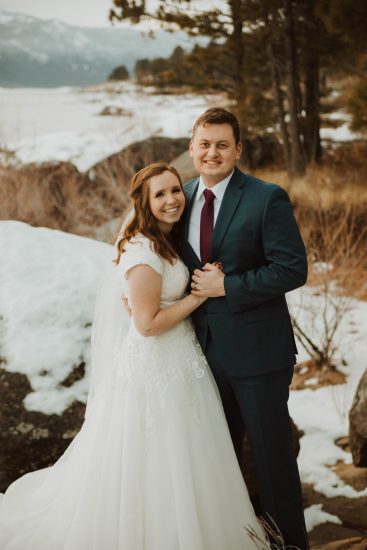 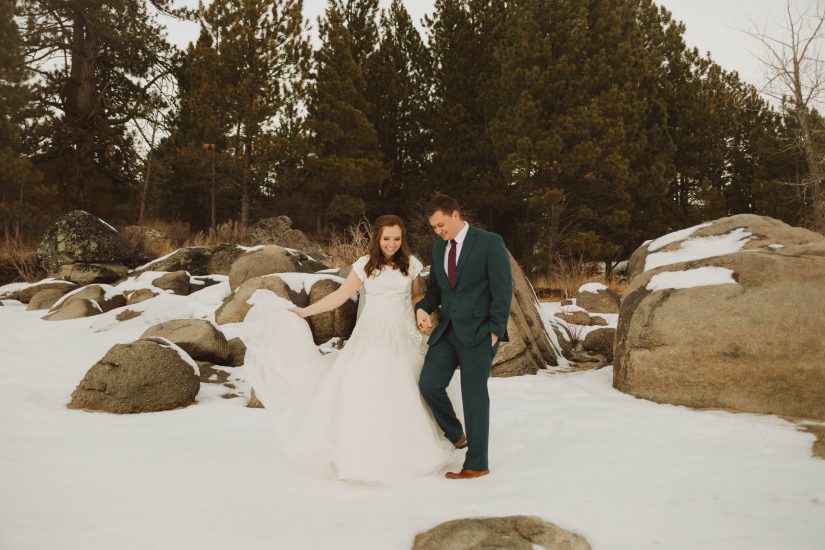 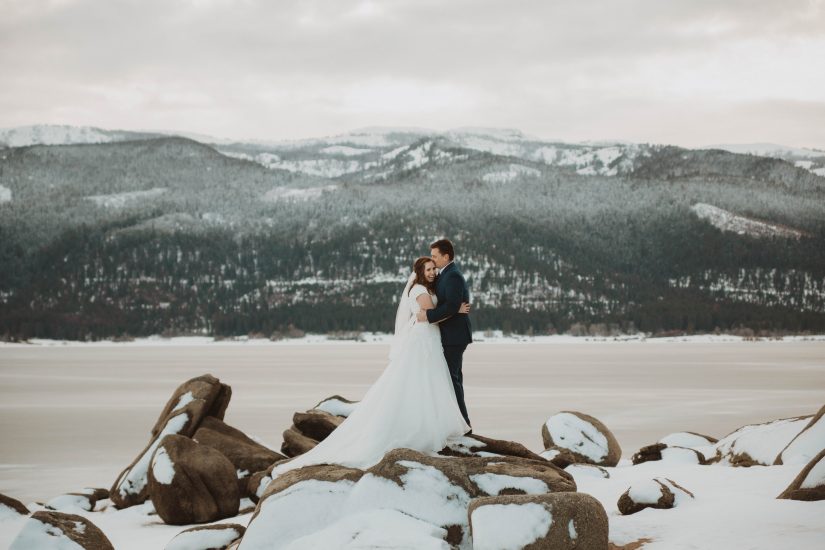 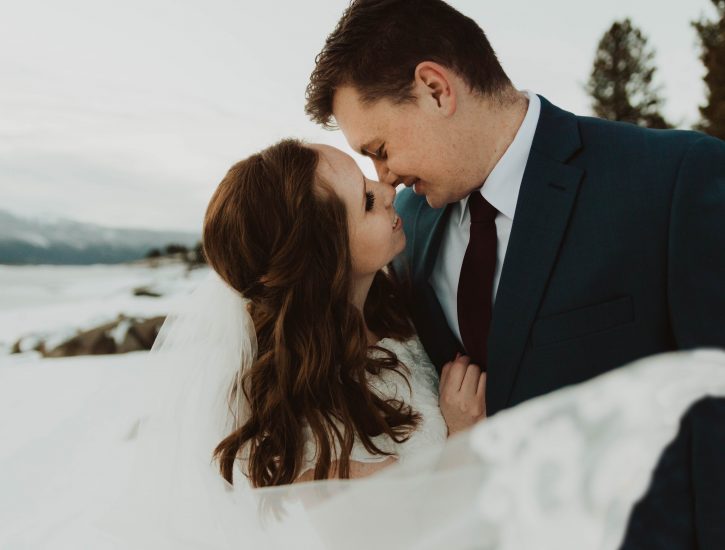